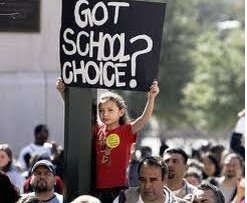 In an earlier publication on this forum we focused our discussions on the relevance, meaning and value of LSS and PMP professionals in the industry. In Part I of this series, we will take an ongoing case study of a college student and intern (our co-author* and lead contributor) where the basic principles of PMP and LSS have been applied in an academic environment.

An assessment of the statistical link between high school chosen and associated impact on student’s final year high school academic performance. Their performance in the final year of high school as measured by their board examination scores which is also indicative of their probability of gaining admission into one of the State’s Engineering College system. The board exam (conducted at the 12th grade or senior year at high school) scores of four select area CBSE schools in South Chennai (Tamil Nadu, India) have been sourced for this study. The impact of CBSE scores on successful qualification toward undergraduate program college admission has also been addressed. The results are illustrated graphically considering various factors such as commute time to school, as well as overall tuition and associated costs.

Students at their undergraduate (UG) level of college education have challenges with managing time, and task in a high talent environment and can sometimes be overwhelmed based on the high school they came from. Their ability to adjust to this new environment can be achieved by applying some of the fundamental principles of Lean Six Sigma to achieving success in four years of education. This section deals with how UG students can become efficient and effective in their academic efforts and create more time in a day for their needs without feeling the stress.

In an academic institution, 3Ds (Delays, Defects, and Deviations) are similar but interpreted in a different manner. Let us assess a few examples and understand their impact:

Applicability of LSS and PMP in an Academic Institution:

We will begin with the high school and then transition to a collegiate environment in Part II.

In high schools, the focus is on standardized test scores achieved rather than anything else. A higher average score on the standardized tests (at least in the USA) may allow the school to claim more government funds to become better in delivering the goods for the customers. A higher score on the public board examination may allow the high school in India and other Asian countries demand a higher tuition fee and add other miscellaneous costs that are simply outside their affordability, (for the average family) toward  schooling multiple kids in a family.

In the West (US, UK and similar Countries)

In the East (India, China, Singapore, and similar countries)

Although the chronic situations in these schools exist regardless of the country we live in, the victims are parents, to a larger and longer extent, their children (our students) in society.

Secondly, a drive to pay teachers based on performance was initiated in one of the western countries and one extreme situation that resulted was some teachers manipulating the response answers on the tests to boost the scores. Apparently this was investigated and the people found in violation of this accordance were punished duly although the damage was already done. Last week the courts just took action on this scandal in the USA.  This tells us that the pay for performance and increasing the revenue of an institution is fine provided such collateral damages are controlled and/or eliminated. Obviously there is everything meaningful in running an academic institution like a commercial operation so long as the primary focus is on customer and none else.

The totem pole for such providers needs to be in the order, students, parents, teachers, staff, and community, and not any other way or order. However, most institutions are heaven bent on focusing on their needs as opposed to the student/parent needs.

In this Part, we will discuss one aspect relating to high schools and students graduating from such institutions in their final year.  The focus of this article on high school is how the choice of school has an impact on student performance in their senior year (referred to in the west) or 12th grade as referred to in the east.

We have scoped our study in our truncated project charter to focus on a particular city and a 4 area schools for 3 years by analyzing relationship between student scores and chosen school. 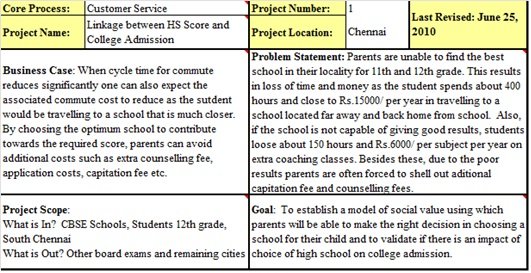 As one can see this is a school system out of India and a US $ ≈ Rs. 50 to help quantify the financial burden on families within the middle class structure, let alone the value they derive from such investments that is also part of this discussion.

A typical board examination result is available on the net is shown below from which the grades are extracted into MS Excel during the month of May each year. 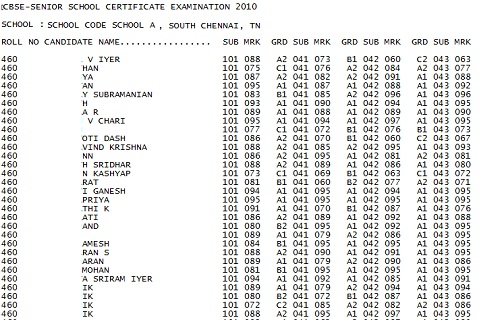 In this section we have discussed the travails faced by parents for a high school environment when it comes to selecting and screening the right one for their children. In Part II, later this week, we will discuss how school as a factor impacts the final examination results for children in the same metropolitan area. The analytics delves into aspects such as variation between students as well as across schools by subject and overall performance.