I have seen many project managers fight the system within their organizations. They believe it is too bureaucratic, has too many rules, too many people to touch the product and add unnecessary time to complete the end item. They are frustrated working within the system.

In my past career in aerospace, I had to deal with the aftermath of a project manager that broke into a secured area, on swing shift, to remove a previously scrapped part. He was desperate to replace a missing part for a black box and he knew the lead-time for a new part would be weeks. The completion of getting this box integrated into the satellite was a critical milestone for the company and there was a significant incentive fee at stake. 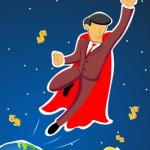 Instead of going to the responsible management to work the issue, he pulled out all stops and decided to be a Lone Ranger hero. He climbed a fence and breached a secure area, which then had to be reported to security. Not to mention selling the box to the government customer with a scrap part in it. It had ugly and long-term repercussions.

In these kind of circumstances, being in the role of a Program Manager can evoke strong emotions. It is so important to have perspective and be able to connect with many options. I’m certain that the PM in my story couldn’t see any other solution to his career-limiting problem, other than the one he chose. It’s likely he made assumptions that the only other way things would go was to get the new part via a long lead-time replacement. He didn’t take a few minutes to talk to a trusted colleague to talk over options.

In times of crisis, it is easy to fall into this kind of black and white thinking.  When we have strong attachment and incentive to specific outcomes within a timeframe, it is a set up for exactly that kind of thinking. You are predisposed to it. That is unless you have some strategies in place for dealing with the chinks in the system.

Every project gets to a point when the system is holding back the project progress, to a lessor or greater degree. Realize this is not deliberate, it is merely a limitation. Getting angry with the people that are working with the system the way they know how to, is unproductive and will build resistance to working with you.

When you are prepared to face the fact that the system is there for a reason, has its limitations and know how it works, you are in the perfect position to work it. Instead of fighting it, learn it well so you know where the loopholes are, who has authority to make exceptions and when to get them involved, and how to work through the bottlenecks. You can then work within the system and make it work for you.

I’m not suggesting that you become the champion of fixing the system. But you could make allies with those who have the same frustrations. Together, you can create a voice that calls for the powers that be to take up an initiative to streamline the system.

To effectively develop other strategies to overcome the sudden rush of strong emotions when facing a crisis, you need to know yourself well. Learn your triggers and understand what upsets you. This is much better done in retrospect, not in the moment.

One way of doing this is to think about a time in the past when you found yourself upset. Maybe the situation you have in mind you had behaviors that were less than ideal or made decisions that were unproductive. As you’re reflecting, journal out the answers to the questions: “From a meta position, what upset me?” “What did I need in order to calm down and be present?” “What can I do in the future to support myself in a similar situation?” “Who can I talk to that can help me get perspective?”

Use your frustration positively to look for the creative solution instead of making rash decisions that can have disastrous consequences. Make the decision to look for the opening in overcoming the obstacle and have in mind the resources that can help you in the moment of crisis.