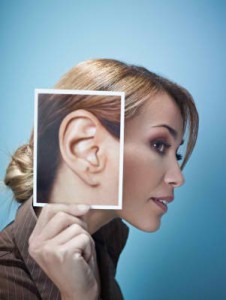 A lot goes on around me as I’m working on any project and I’ve learned is to pay attention to things at the corners of my focus: little comments at the end of a statement are one of the most important – what I call watching out of the corner of my ear.

A lot goes on around me as I’m working on any project and I’ve learned to pay attention to things at the corners of my focus: little comments at the end of a statement are one of the most important – what I call watching out of the corner of my ear.

It’s important what you hear and don’t hear.

On one project I had been hired to project manage the organization change.  As I was talking to the program manager to get oriented to the work ahead, she said to me, “The project concerns assisting with developing new processes in support of the new software system but bzzz bzzz bzzz” – the last part of her statement was said very softly and indistinctly.  I could have continued on with the information I already had – because I probably got the main part of her thought with what she said at the beginning of her statement but my experience over the years has taught me that what was at the end of her comments might be important – though there’s always the a chance it might not.  However, I leaned forward and asked, “I’m sorry I missed some of what you said.  Would you repeat the last part of what you were saying?”

“Oh,” she said, “I was just saying that the project sponsor wasn’t very supportive.”

“That’s interesting,” I said, “can you tell me more?”  And as she talked, a number of important details became clear:  what the project sponsor was doing; what he wasn’t; what she had done to try and induce him to support the project more actively.

Almost always – though not a hundred percent of the time – I’ve found it really valuable to follow up on seemingly incidental, throwaway lines.  In the example just mentioned, the project manager was probably a bit embarrassed that she hadn’t been able to create the kind of support she had hoped she had hoped for.

I’ve also found that an important part of listening is to ask when I don’t understand something.

First, it’s quite all right that I don’t understand things.  After all, I’m called in from outside or I’m new to the particular project.  I still am a little embarrassed myself when I don’t understand what “ER” means as it slips easily off the tongue of my client.  My client uses it all the time in his work but to me, it’s new – and I better understand it if I am going to be of assistance.

And it’s not just acronyms that people throw around.  It’s ideas.  If I’m not clear about something, how am I going to do my job well?  And it’s almost always acceptable to not understand.

Sure, after a reasonable time I should know things but certainly not near the beginning.  And to get up to speed, I’ll often say something like, “Could you help me understand more about what you just said?  Would you say more about X?”  Or even more directly, I’ll say, “I’m a bit confused about what you were just saying, would you go through your explanation another time for me.”

One thing I always do at the beginning of any project is to start a list of what I call ‘Vocabulary, Acronyms, Phrases” and I write out each item on the left with an explanation of it to the right.  I keep updating that list and always have a printed copy of the latest version with me when I’m talking with people in the first few months when I’m starting work on any project.  And when someone describes an item differently than I had heard or read it elsewhere, I inquire: “That’s interesting.  When you say Y, I had the understanding it meant Z but you’re saying something a little different.  Could you help me understand more about what Y means?”

In sum, when I notice something out of the corner of my ear, I inquire.  When something’s not really clear to me, I inquire.  And I keep notes on what I do learn, especially acronyms and other lingo that’s commonplace to my clients but new or unfamiliar to me.