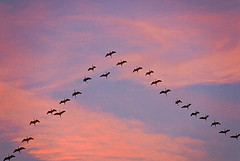 In the previous blog I described how the numbers of the Enneagram are the sequence in which humans would naturally solve problems.  As an engineering manager, when I was challenged to address some large structural problems like the type I described in the first blog of this series, I looked to the Enneagram to provide a framework to guide the team to a solution. We followed the steps of the Enneagram to a successful conclusion. During the course of a problem-solving initiative, I would observe how the strengths of the team members contributed to successfully completing each step.  I also observed how a given member’s strengths might, at times, distract the team from making forward progress. Based on this understanding, I learned how to effectively hand off leadership during the course of the problem-solving process.

There is a terrific book called First, Break All the Rules by Marcus Buckingham and Curt Coffman.  They talk about people having super-highways with certain abilities, and it is the job of the manager to identify those super-highways and align them with the jobs that need to get done.  I have found this to be true in problem solving as well, and the Enneagram gives us clues as to who may have a super-highway in a given area of the problem-solving process.

The first step in the problem-solving process is describing the problem itself.  Do you know anyone who is good at this?  Number 1 of the Enneagram describes a style often characterized as the “Perfectionist.”  This type of person has a keen sense for how things “should” be and knows with precision what is not right. This type will often keep lists of all the things that are not correct.  What better resource for the problem-solving team than to have someone who can list off all the problems? This is a sure way to get the conversation with the team going to clearly describe the problem.

In similar fashion, each style of the Enneagram contributes to a step in this problem-solving process: the 2 delivers the resources to help the team solve the problem; the 3 provides the creative, out-of-box solutions; the 4 and 5 provide the analysis of the ideas, both from an emotional and logical point of view; the 6 develops a plan for a risk-balanced solution; the 7 enthusiastically promotes the plan; the 8 drives the plan to completion; and, the 9 restores harmony after the changes are implemented.   The facilitator in possession of this framework can promote the team’s adoption of each style during the process, and can look to those who are naturally gifted in a given style for leadership during that phase.

Another Enneagram tidbit that I have picked up is that the hardest style for each of us to adopt is the style one number higher than our core style.  The implication of this is that it is easy to get stuck in your area of strength and not move forward to the next step.  There is a well known cliché that describes one instance of this, “Paralysis by Analysis.”  Imagine that your team is particularly strong at analysis.  The team may tend to play to this strength and be reluctant to move to the next step.  It is important for the facilitator to acknowledge this and ensure that the analytical leaders pass the baton to the planning leaders to maintain progress during the initiative.

After reading First, Break All the Rules, I was left wondering how to identify the right people for the job. In other words, how do I figure out each person’s super-highway? In facilitating problem-solving initiatives, I found an answer to that question in the framework of the Enneagram.  Each of us brings a particular strength to a problem-solving initiative, and the strong team will embrace all the styles and allow each to provide leadership during the problem-solving process.