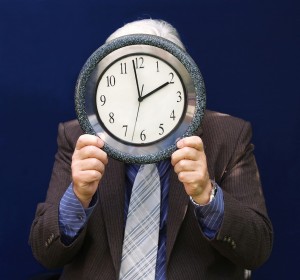 Some of the best mentoring I’ve ever received is from executives. Even when I was a mere pawn in the corporate chess game I longed to understand the game from the view of the king. Working in the basement of the building which is now the Facebook headquarters, I mostly had a view of the shipping and receiving dock. Although I had plenty to do in the bowels of what was then an analytical instrument manufacturing facility, I found working without a clear vision of where we were headed as on organization unsatisfying. And in my state of youthful exuberance I was truly convinced that I could make a meaningful difference to the success of our organization if only I knew what the goals were.

With no mortgage to pay and no kids in college, I was free to take some chances, so one day one of my scrappy gal pals and I invited our new division manager to lunch. He must have thought I was incredibly brazen, because he was moderately feared by some of the more timid souls in our midst, and I know he was incredibly busy. But he agreed to meet with us over lunch, and that was a real turning point for me. First of all, he paid for lunch, which was a nice bonus. In addition after that I really felt committed to doing my part to make our business successful. Here’s how we managed to get him to be a “micro-mentor” for us:

During lunch we listened enthusiastically to his stories, asked him open ended questions, and told him (more or less honestly) what we thought about his effectiveness as a leader since he took over our division. And we asked him what we could do to help him successfully lead our organization. We must have seemed a bit naive, but I guess he wasn’t used to people listening to him with sincere interest, or sharing their opinions openly without their lips in a puckered pose, so he spent more time with us than planned, and even offered to do it again sometime. It was amazing how much more connected I felt to our business after that. I was inspired for months, and I always felt some kind of meaningful connection to “management” after that.

Of course one lunch with a senior exec can’t make up for a multitude of assine behaviors by other people in the work environment, but getting a chance to talk 1-on-1 to your senior executives can change your perspective on your place in the corporate hierarchy. This is especially true if you are fairly junior. In fact, I believe that the fact that we were so junior is what made it so easy for us to ask, and for him to say yes. We really had no power in the organization, and weren’t a threat. We had no hidden agenda. We were just two scrappy women in search of our place in the business world.

If you want to benefit from some face time with your execs here’s one approach that might work:

You could say something like this to your division manager, for example: “Jared, I’ve been working here for just about 6 months, and I really like the way you’re leading this division. My manager has shared your strategic plan with our team, and I’ve read all of your messages about our direction, but I’d love to hear your vision from you directly. Would you be willing to spend 15 minutes or so over a cup of coffee sharing your view of our future with me? I promised I’ll make it worth your while by making sure my work is aligned with the direction you’re setting.”If they’re busy trying to save the company from bankruptcy, or staving off hostile takeovers, they might have to turn you down, but most executives will have a favorable impression of you after a sincere invitation like the one outlined above.

Oh, there’s a possibility that your manager won’t be quite so thrilled with your meeting. If you’re working with someone who sees your initiative as a threat you can diffuse that by inviting them along. Try it! The worst that happens is you’ll get rejected, then fired, lose your home, and your kids will have to go to community college.