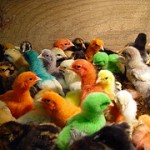 One of the reasons I got into Project Management in the first place is that I’ve always been interested in people – their personalities, where they are from, what makes them tick.

Several years ago I was managing some infrastructure and database projects for a large Enterprise. Our particular group had a re-org; there was a management re-shuffle, and my Database Team Lead became the Group Manager (a significant promotion in this situation.) Brandon was 31, a crackerjack DBA, and although excited to be managing for the very first time, scared and out of his element… enough so that he consulted with me before every team meeting and our own One-on-Ones mostly consisted of discussing team member issues and asking for my advice. I guess although technically I reported to him, we in effect were co-managing the team of nine Senior DBAs from India and China.

Brandon and I got along really well and had somewhat of a little brother/big sister relationship. However, he butted heads with the older members of the team – James, an Indian gentleman in his late fifties, and Lily, an elderly Chinese woman old enough to be Brandon’s grandmother. They were both shy and were not communicative. First-time managers can tend to be micro-managers since they’re unsure of their leadership style as well as of their people’s abilities, and both James and Lily resented Brandon’s constant attention to their work.

When they had first announced the re-org, Lily had actually gone to our Senior Management and asked to be moved to another team and report to someone else – but they told her to give Brandon a chance. So she resorted to indulging in passive-aggressive behavior and subterfuge; she would say she’d get a task done, and then only do it halfway. And she would avoid dealing with Brandon if at all possible – she would come by my desk instead. And in fact, if I asked her to do something, she’d get it done right away and completely – it was never an issue.

Brandon was fairly mystified by this – “Why doesn’t she like me? Why doesn’t she follow any of the procedures I set up? And why doesn’t she do what I ask?” “It’s because you don’t respect her,” I explained. “C’mon Brandon, she’s an older Chinese lady who’s used to being treated deferentially by young people.”

“But she’s incompetent,” he said. “I often have to either get someone else to do things over or do it myself so our customers don’t get upset.” “And I can’t respect someone like that; she’s dead wood.”

And then Brandon asked how was it that Lily and I got along without any issues. I told him I had a hidden intrinsic advantage – my mother is Japanese, and looking half-Asian probably helped; besides, she reminded me of my own Japanese grandmother, so I treated her with respect, regardless of her ability or performance. And while I didn’t voice this, I had a sneaking suspicion that Lily almost deliberately didn’t get things done properly so Brandon would have more on his plate to deal with, but of course, I never could prove it.

And ultimately, this was a political fight that Brandon was not going to win – Lily had an almost 40 year-old tenure; she had her detractors, but she also had a lot of allies in Senior Management – and this was just Brandon’s fifth year with the company. He just sighed and grit his teeth in frustration.

At any rate, at Brandon’s request, I dealt with and managed Lily, and kept the peace. Six months later, the department ran out of funding, and I ended up transitioning to another group. Within weeks, I heard through the grapevine that Lily had launched a complaint against Brandon with HR – and about a year later, he lost all his staff and became a single-contributor again.

As a project manager, we’re frequently thrust into situations where we can’t choose our project team members and need to cultivate relationships with difficult personalities in order to get the work done. Different people have varying degrees of commitment and motivation, and it’s up to us to inspire and motivate them to perform. I’m not exactly sure why Lily preferred working with me, but I definitely tried to build a rapport with her from the very beginning. We went out to lunch and she told me about her big family and her many grandchildren, and proudly showed me their pictures. We exchanged stories about growing up overseas and found some common ground.

Brandon, on the other hand, didn’t spend any time with his team, except in team meetings and work discussions. He wasn’t able to break down that invisible wall of “manager” and “employee” in corporate life today, and have real conversations just between people doing the work.

It takes an investment of time and energy to work with a diversified and multi-generational workforce, but it can be very rewarding to have all those different viewpoints and perspectives in terms of problem-solving and innovation. And it definitely helps to have an open mind, reserve judgement, and to build bridges and bonds when the going gets tough.

2 thoughts on “Diversity and Multi-Generations on Project Teams – Unifying or Divisive Forces?”