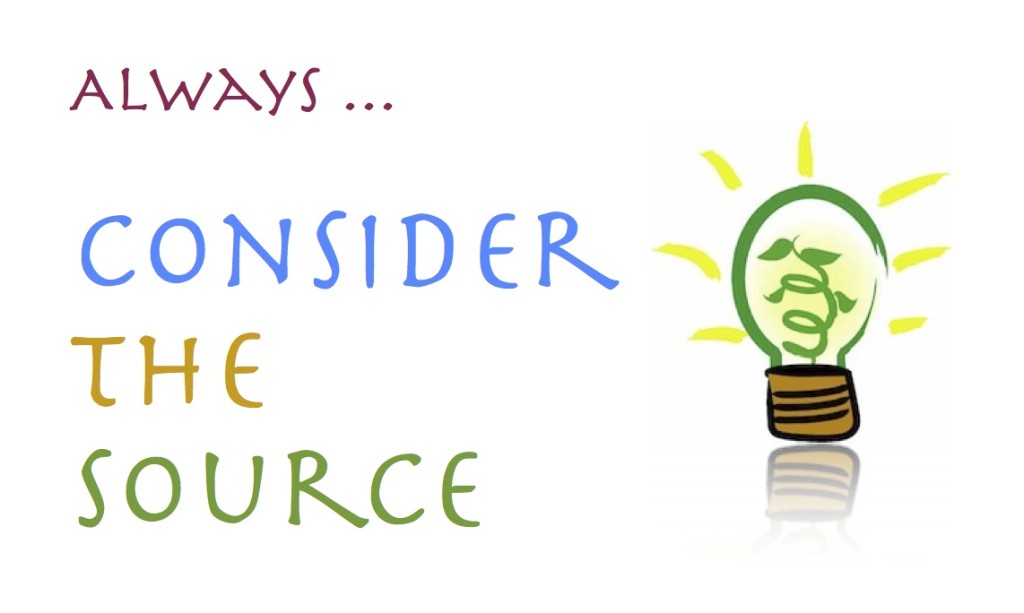 The best advice I’ve received about dealing with criticism was delivered by my mother. I was about twelve-years-old and my feelings were hurt. After listening to my story of woe, she said three words that caught my attention, spun me around, and changed my life. Her words were: “Consider the source.”

Since then, this simple phrase, along with the neutrality-cultivating “That’s interesting”, have saved me countless hours of trying to figure out the who, what, where, when and why of my “perceived” erroneous ways at home and at the workplace.

Why is “consider the source” so powerful when dealing with criticism?

Like most things in life, the more you practice, the better you become at automatically moving into “consider the source” mode when criticism strikes.

Let’s say that you are being criticized at work by someone you report to — what can you do?  What is the best approach? Do you have a strategy?

According to communications expert Jack Griffin, there is a six step process that you can use to respond to negative feedback in a constructive manner. Here are excerpts from his guidelines. I have placed my comments in italics:

“Step 1: Accept criticism as an opportunity. All criticism, even unmerited criticism is useful to you. Criticism, after all, may actually point out things that you are doing ineffectively or poorly—things you could do better.” I agree that criticism is useful, but I would also lean in the direction of  using the “consider the source” approach to determine just how useful the feedback is to you in the context of your personal work ethic, value system, aspirations, and goals.

“Step 2: Fight the impulse to respond defensively. Listen and learn.” When being criticized, it is important to have presence of mind and not to get caught up in an emotional knee-jerk reaction. If you feel yourself tilting that way, keep repeating “That’s interesting.”  It is the equivalent to counting to ten—hmm, come to think of it, counting to ten might be a good idea too.

“Step 3: Realize that the criticism is a perception, nothing more.” Jack Griffin gives an example to illustrate his point, and then goes on to say: “Explore with yourself, and your boss, the reasons behind the criticism.” From my experience, critical thoughts and actions often sprout from the garden of misunderstanding and assumption. I’ve also discovered that an honest chat over a cup of tea/coffee is often an acceptable antidote. That being said, this strategy only works when there is certain level of openness on both sides, a task orientation, and a willingness to listen and learn. If these three items are in short supply, you are wasting your breath … and your time.

“Step 4: Do not meekly accept unjust or unfounded criticism, but don’t reject it. Learn from it.  Learn about creating more positive impressions.”  To me, this step is an invitation to put your best food forward. It also suggests that we all need to learn to value and appreciate ourselves enough to stand in our power.  I like to encourage people to back-up critical statements about others with facts and examples. I also interject two questions: “Can you help me understand where you are coming from?” and “If the shoe was on the other foot, what would you do?”

“Step 5: Seize the opportunity to respond to criticism, to communicate in a way that can strengthen and enhance your relationship with your boss.”  Basically, I feel that this means making sure that your communication addresses three key areas: I hear what you are saying, I will review the problem/situation, and I appreciate your input.

“Step 6: While listening to criticism, demonstrate that you are hearing the criticism.” According to Jack Griffin, one way to do this is to monitor your non-verbal communication. He offers four examples and one tip:

It is wise to anticipate that somewhere along the happy trail, you will be the recipient of negative feedback; it happens to everyone. This being so, it makes a lot of sense to have a strategy in place to manage yourself as you navigate through this experience.

Finally, I’d like to share with you my favourite quote on criticism. It is called The Man in the Arena:

“It is not the critic who counts; not the man who points out how the strong man stumbles, or where the doer of deeds could have done them better. The credit belongs to the man who is actually in the arena, whose face is marred by dust and sweat and blood, who strives valiantly; who errs and comes short again and again; because there is not effort without error and shortcomings; but who does actually strive to do the deed; who knows the great enthusiasm, the great devotion, who spends himself in a worthy cause, who at the best knows in the end the triumph of high achievement and who at the worst, if he fails, at least he fails while daring greatly. So that his place shall never be with those cold and timid souls who know neither victory nor defeat.” ~ Theodore Roosevelt

1 thought on “Got Criticism? Always Consider the Source”