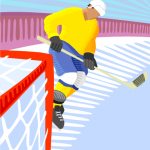 Back in the frenetic 90s, when I’d been a Program Manager for about 5 years, I decided to return to my Marketing roots for a change of pace, and took a Product Manager job at a large networking company.  I was leading a number of cross-business unit initiatives, with the attendant large cross-functional meetings, and I sailed in with my program management skills in my back pocket and started making things happen.  Several months into the mission, my boss called me into his office and said, “There’s something we need to talk about.”  Uh-oh.  I have an advanced case of principal’s office syndrome, so I just knew I was in for it.  I sifted through all the things I’d done since I arrived, and, wow, it seemed like things were going really well.  But there he was, looking all serious and stern; it couldn’t be good.

He said, “I have a problem with the way you run meetings.”  Huh?  Running meetings is something I do really well.  So now I’m confused.  “You tend to facilitate them,” he continued.  “Riiiight,” I said slowly, “and the problem is?”

“I want you to control the meetings,” he said.

“I am controlling the meetings,” I replied.

“No, you don’t understand.  I want you to be in control.”

“Yes, I heard you, but I AM in control.  I’m setting up an environment that will produce the best result, and maintaining momentum toward a decision that everyone can buy into.”

His jaw became rigid, and I swear he clenched his teeth.  “This company is a hockey game.  I want you to be diving for the puck and coming up with it in your hand, even if you have to take it away from your teammates to do it.  I…want…you…to…be…in…control.”

Needless to say, this was not a match made in boss-subordinate heaven.  But it’s a conversation I’ve never forgotten, as it illustrates perfectly the misconceptions about the role of facilitation and what constitutes control.  For us program managers, it speaks to the heart of the challenge we face every day…how to get people to do what serves the business, even when they really don’t want to do it.

The American corporation is based on a military model.  The many layers of authority, from Private to multi-star General, mirror the corporate ladder.  And in the military, the most common way of making things happen is through command and control, involving the “exercise of authority and direction by a properly designated commanding officer.”  Command and control has been the most common corporate process for decision making and organizational structure since long before IBM made counting machines, and there are certainly times when its tenets have served the business well.  But more often than not, it has created a culture where people are not only afraid to think for themselves, to challenge authority, or to speak their vision for the company’s success, they have actually forgotten that it might be a good idea to try.

Imagine the army saying, “HEY! What we really need is someone who has no rank, no authority, and no subordinates to help us keep the troops motivated and in fine fighting fettle.”  Can you just see it?  Nah, me neither.  But in many organizations, that’s exactly what happens when a company creates and fills the position of a Program Manager.  We are given an enormous responsibility, with not much to back it up except our good looks and winning smile … AND … our ability to facilitate successful results, whether it be with meetings or development projects, or conflict resolution.

Facilitation is a relatively new corporate skill, only coming to prominence in the 1980s.  In its most basic form, it focuses on designing and running effective and impartial meetings, but it has moved far beyond that into all the elements required to actively align a group or an organization to achieve a common goal.  From the outside looking in, a skilled facilitator may not appear to be doing all that much.  The subtleties of shaping a discussion might be as simple as asking a question at the right time, or raising a different point of view.  There is a LOT of listening going on.  You need to pay close attention not only to the content of the conversation, but the relationships between the team members and the context out of which their contributions rise.   It’s critical to keep the discussion away from rabbit holes and pipe dreams and personal agendas. Sometimes we may believe we know the result we should arrive at, but more often we need to keep an open mind and foster the collective wisdom of the team to arrive at the best possible outcome.

Facilitation is both an art and a skill; some facilitators are born, some are made. But sometimes just our presence in the room reminds people to stay on mission, and keep their eye on the prize.  I can’t tell you how many times I’ve been thanked for helping to achieve a result, and I can honestly tell you that all I did was listen while they figured it out.  But because I was the impartial witness, the person whose role was clearly understood to be functional-agenda free, they held themselves accountable, and reached across functional lines to collaborate on the solution.

The truth? Control is pretty much an illusion.  And in a time like ours, where change is so relentless and so rapid, control is a joke.  The only thing any of us has control over is how well we manage a life of unremitting volatility.  But in a time like ours, program managers can make an enormous contribution by facilitating the day-to-day process of getting things done in such a way that agility and flexibility are built into the system.  My old boss was right in a wrong sort of way.  Life is a hockey game.  You are bobbing and weaving on skinny blades over a slippery surface, trying not to fall down or run into anyone, while you try to get your stick on a small round disk and send it into a net guarded by a big guy with lots of padding and a hundred arms.  It’s fluid, and uncertain, and your best strategy for success is not to grab the puck and hold on for dear life, but to work with your team to create the kind of collaborative environment that sends that puck into the net every time.