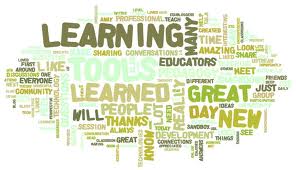 “Camps,” if you’ve missed their advent entirely, are one- or two-day conferences that cost little or nothing, with content presented by the attendees. You might think content is “lesser”, given it’s typically attendee-provided, but that hasn’t been my experience.

In the Bay Area, there are a number of camps like Code Camp, Agile Camp and Agile Open. Check for upcoming events if you are interested.

Unlike at conferences, where you’re discouraged from changing sessions once they’re started, camps encourage it: if you’re not getting what you were looking for, get up and go attend a different one.

Some camps are more organized than others. Code Camp’s sessions are all scheduled in advance. Agile Camp, the least unconference-ish of the bunch, had opening and closing keynotes, with 7 tracks in between organized by highly motivated agilists who stepped up to propose and organize tracks. At Product Camp, the first half day is scheduled in advance based on attendee online voting on proposals – but the afternoon’s sessions emerge from who shows up and what they propose. Agile Open is entirely “open space” (based on Harrison Owen’s book on the topic) in which the first task of the attendees is to make up the agenda.

Code Camp immediately became my favorite conference of the year after I first attended it in 2010. I selected sessions that gave me an early grounding in HTML5 – enough to understand why Steve Jobs had kept Flash off Apple’s small devices anticipating it, watch a developer code an entire game in a 75-minute session, understand how to write code compatible across browsers despite the spec being incomplete, and get a sense of the leading edge adopters. I delved into an overview of Google Web Toolkit. And I explored a couple agile topics. Now loyal, I returned for Code Camp 2011, where I discovered LinkedIn was integrating Scala into its then-mainly-Java ecosystem; delved into HTML5 tools; and attended an astonishingly insightful stats-laced tour-de-force of recruiting from Meebo co-founder Elaine Wherry. And last year, in addition to checking in on Cloud Computing and PaaS, and sensors and mobile devices, I got a tips-filled tutorial from David Spark on online influencing.

You can go to Code Camp for two whole days and not attend a single programming session. I’m presenting two talks in that category, myself: one on take-aways from our book, Managing the Unmanageable: Rules, Tools, and Insights for Managing Software People and Teams (“12 TakeAways: Managing Software People and Teams” early Saturday morning); and a second sharing the remarkable results of the 2012 and 2013 Studies of Product Team Performance (“Emerging Trends and Factors Impacting Product Teams” with my study co-author Greg Geracie) (get an early look at some of the startling insights overviewed in my earlier blog posts here and on my own blog). You can also attend “The Art of Raising Capital for your Tech Startup”, “Deconstructing the Code for Product Excellence”, “Agile, an Experiential Introduction”, “Who Are Your Customers?”, and “Cracking the Culture Code.”

Nearly 4,000 developers (and others!) are (already!) registered for Code Camp. There are 233 (!) 75-minute sessions spread across the two days. Some of the sessions are organized into tracks, which include ones focused on C++, Azure, Google, Windows 8, HTML5 and Java. There’s also an entire track dedicated to kids programming. Plus sessions like Elaine Wherry’s on culture.

My experience with Code Camp led me to attend the others – and that made me realize just how terrific practitioner-generated conferences are.