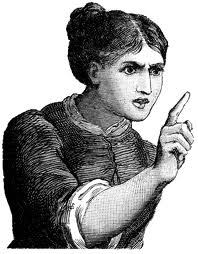 One of my clients is a strong leader. She is a strategic thinker and as smart as they come. She guides herself and her team to the delivery of consistently great results. Yet, she complains to me that her team fails to think for themselves. As such, she has to maintain a hands-on approach and monitor the team continuously. She finds this tiring and aggravating and wishes she could delegate more. What is happening here?

As I began to interact with my client’s team, I discovered that the team was very good at reacting to direction from the boss. The team understood that the boss highly valued action; therefore, they took direction from the boss and turned that into action as quickly as possible. There was very little need to highlight problems since the boss set the agenda on the important problems to address. Also, the team minimized analysis and planning activities since these activities took time and slowed progress toward action-oriented results.

The leadership style of the Strong Boss created a strong tendency towards action – Git ‘er Done. The team members attracted to this type of organization are those that respond well to that leadership style. For instance, once the boss set the direction, the team found little need for further conversation about the problem that needed solving or the objectives. People quickly organize and figure out how to respond to the boss’s direction. Ideas are generated, but the team finds there was little reward in spending time to analyze the ideas and build plans. Rather, the team simply presents a promising idea to the boss for review and approval. The boss, being the smart strategic person that she is, would be able to quickly assess the idea and approve it, modify it or send the team back to the drawing board. This is the dynamic that the team finds most effective in working with the style of the Strong Boss.

This action-oriented problem-solving style is very effective in that it produces results quickly. One way to characterize this method is as an iterative method. Another description is “Fail Fast.” This is a great methodology to try different approaches and quickly iterate to a successful solution. And, because the leader in this case was as talented as she is, the probability was high that the ideas she directed the team to pursue would be successful. The cost of this approach is that she had to spend a tremendous amount of energy setting direction, reviewing ideas and monitoring results.

In working with this team, I found that I had to start at the end with their long neglected post-mortem project review step of their process. We discussed and determined what was working well and what not so well. Out of this discussion came a list of potential problems that the team considered important to address. Reviewing this list with the Strong Boss, we quickly came into agreement on the important problems that needed to be addressed. The big difference was that the problems were now the team’s problems, not the boss’s problems – the team was highly vested in solving these problems.

Working with the team, I had them spend more time on analyzing different ideas for solutions and putting together a well-thought-out plan before presenting the plan to the boss. The team put together a terrific proposal in which they genuinely held pride. They presented this proposal to the boss who was equally pleased and gave the team permission to move forward, which the team did with considerable enthusiasm.

The Strong Boss learned how her personal leadership style was impacting the performance of the team. The problems she experienced with her team were as much the result of her own behavior as that of her team. By allowing the team some say in choosing the problems to solve, the team delivered great results and took far less oversight from the boss, which made the Strong Boss happy.

4 thoughts on “The Strong Boss”