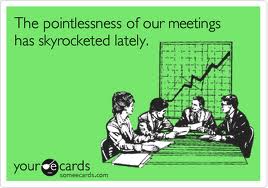 In keeping with the topic of back to the basics, lets talk about Communication.  In my previous post I mentioned implementing weekly status meetings at my research center.  I bet as you read that you cringed a little.  No one likes more meetings…especially me!  In my case though it wasn’t “more” meetings…they didn’t have ANY!

The first week at the new center I was called into random meetings to discuss the status of projects, PM implementation and how I could help.  The meanings were done in Spanish and even though I only understood about 50% of what was said I understood almost immediately that their main problem was lack of communication!  (That and they didn’t have any experienced PMs – see Back to the Basics blog)

Let me go back a step… The research center specialized in Aerospace, Automotive and Mechatronics to name a few.  They had a small manufacturing center that a company such as Valeo or Bombardier would contract with to design and build an assembly system or something of that nature.  Every project that came in was unique and one of a kind.  The project team usually consisted of Mechanical, Electrical and Software Engineers, Manufacturing and Purchasing.  The PM was usually the Sr. Mechanical Engineer.  The ME would just pass off his drawings and parts requirements through a SW tool that they had just purchased the year before.   Purchasing and the other members of the team would just use what was in the SW tool to work from there.  As you can imagine, this system didn’t work very well.  Everyone worked in a silo.

To make things even worse, upper management had NO idea what was going on with these projects until they would get a call from a client screaming at them for being late and not communicating with them.  It was then that a meeting would be called and they would start talking about why the project was delayed etc…

I bet you are shaking your head right now.  Seems so obvious right?  Are you screaming inside…”Be Proactive”, “Status Meetings”, “Team Meetings”, “Design Reviews”?  Well that is exactly what I did!  I implemented weekly team meetings to discuss the status of the project’s activities and the risks.  I also implemented weekly status report meetings with upper management.  Implementing meetings was the easy part…

Executing them was a lot more difficult. As I mentioned in my previous blog, the PMs didn’t know how to lead a meeting. Well that was only the beginning.  They also didn’t like calling meetings or attending them.  Initially, if I didn’t actually schedule the meeting and then lead the meeting, they didn’t happen.  When I was helping with 6 projects this was manageable but not sustainable, when it grew to over 12 projects I asked for help.  Eventually, the PMO office reluctantly decided to schedule and lead the meetings.  I was grateful for the help but I was struggling with the upper management.

I called for weekly status meetings for upper management.  My idea was that the PMs would report on the status of the project and discuss any problems they were facing or high risks items.  Upper management would help manage priorities, solve problems etc… Seemed reasonable to me but the Directors never attended! They would always send a “representative” but that person couldn’t make decisions and certainly didn’t have the power to set priorities.

WOW!  Can you believe it?  You would think that upper management would want to know what’s going on right?  That they would want to be “proactive” so that they don’t receive calls from angry customers.  It was then that I realized that the “know it all” American had shown her ugly head.  I had “implemented” these meetings but I didn’t “communicate” their importance. I had “assumed” that my Mexican counterparts would communicate it for me.

To try to resolve this I met with each Director individually and explained (in Spanglish) the importance of this meeting and their attendance and leadership.  I explained how this meeting should be used to prevent and manage issues before they became major problems.  I then asked about their schedules and together we came up with a day and time that worked reasonably well for everyone.

Thinking that this may be the reason I was having such difficulty with the PMs and the PMO office I decided to meet with them as well to explain the importance of the weekly team meetings.  I bet you are asking…why didn’t you do that in the first place?  Well because of fear and incorrect assumptions.  I was VERY insecure about my Spanish and I assumed that my counterparts would be able to communicate for me. Well you know what they say about assuming….

So what are the lessons to be learned from this long winded narrative?  First of all, its a reminder that meetings are necessary.  When not abused they help with communication and problem solving.  Secondly, before you implement… communicate!  Even though my example is partially cultural it happens to all of us.  We often start things because they seem obvious to us but we don’t explain the reasoning to everyone. Taking the time to explain things at the beginning, although time consuming, often saves time in the long run!  Lastly, watch those assumptions…they will bite you in ass in the end.