“In terms of the game theory, we might say the universe is so constituted as to maximize play. The best games are not those in which all goes smoothly and steadily toward a certain conclusion, but those in which the outcome is always in doubt.”

As project and program professionals we thrive on working as parts of cross-functional and diverse teams, undertaking planning and management responsibilities towards and stated set of success criteria. While much of what we spend our time on is following a prescribed set of tasks, managing our teams through obstacles and removing road-blocks in the way, the ultimate success of our efforts is how well we know our teams and our resources at hand.  Robert Burns and later John Steinbeck[i] said it best “The best laid schemes o’ mice an’ men / Gang aft agley.” (The best laid schemes of mice and men / Go oft awry.).” Project and Program professionals have much to learn from such ‘simple’ words, in fact the best laid plans have as much to do with the success of a project as do the people who enact those plans.

So, as a project or program manager how can you ensure that you manage your team to success? How can you ensure that your team works together towards your established and agreed upon deliverables and milestones? If your monitoring and performance system is finely tuned, you’ll know right away if something goes askew, but how can you plan for some of the potential pitfalls before they happen in terms of your team and your stakeholders?  The answer might be the principles of ‘game theory, which has its roots in mathematical theory. 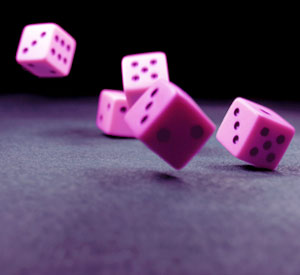 For those who are not familiar with the term it is described as:

a mathematical theory that deals with strategies for maximizing gains and minimizing losses within prescribed constraints, as the rules of a card game: widely applied in the solution of various decision-making problems, as those of military strategy and business policy. Also called theory of games. Origin: 1950–55 (www.Dictionary.com)

Game theory is a mathematical method for analyzing calculated circumstances, such as in games, where a person’s success is based upon the choices of others. More formally, it is “the study of mathematical models of conflict and cooperation between intelligent rational decision-makers.” An alternative term suggested “as a more descriptive name for the discipline” is interactive decision theory. Game theory is mainly used in economics, political science, and psychology, and other, more prescribed sciences, like logic or biology. (www.Wikipedia.com)

To bring it into perspective for a project or program professional, Game Theory is about establishing and planning your project to be a ‘game’ that allows you to maximize gains and minimize losses (doesn’t sound unfamiliar), but it is based on applying decision making not only in terms of your own knowledge and strategies but more importantly also those of others in the ‘game’ or project in order to ensure success. Applying this concept to every stakeholder in your project will help to see things in a radically new way.

As project and program managers we manage many different areas including the links between related projects, we decide on resource priorities and report progress of the project to the appropriate people. The authority, responsibility and accountability in this role makes for an important and demanding role. As we know the activities we perform mostly involves dealing with people; negotiating with them and arriving at a solution that keeps the project moving forward. It is in these negotiations that game theory can be an essential tool for project management.

If you are with me up to now, two questions might be worth answering at this point: 1) What types of ‘games’ are relevant in ‘Game Theory’? and 2) How can I directly apply this into my projects?

As it turns out there are relatively many ‘game’ types in Game Theory. As you might imagine from your knowledge of games like Risk, Stratego, Monopoly and others that most games are a “Zero Sum” game, meaning that the loss of one player’s resources is the gain of another players. While Game Theory was rooted in this type of game, the idea of cooperative games have since emerged and their relevance to the area of Project Management is particularly appealing. From the Game Theory site on Wikipedia comes the following narrative of the birth and development of the subject:

“The subject first addressed zero-sum games, such that one person’s gains exactly equal net losses of the other participant(s). Today, however, game theory applies to a wide range of class relations, and has developed into an umbrella term for the logical side of science, to include both human and non-humans, like computers. Classic uses include a sense of balance in numerous games, where each person has found or developed a tactic that cannot successfully better his results, given the other approach.”[ii]

Example of a cooperative game, called Prisoner’s Dilemma.
The best outcome occurs if the two players cooperate and share information.

Here are a few of the types of the games and explanations:

A game is cooperative if the players are able to form binding commitments. For instance the legal system requires them to adhere to their promises. In noncooperative games this is not possible. Often it is assumed that communication among players is allowed in cooperative games, but not in noncooperative ones. This classification on two binary criteria has been rejected (Harsanyi 1974).

Of the two types of games, non-cooperative games are able to model situations to the finest details, producing accurate results. Cooperative games focus on the game at large.

A symmetric game is a game where the payoffs for playing a particular strategy depend only on the other strategies employed, not on who is playing them. If the identities of the players can be changed without changing the payoff to the strategies, then a game is symmetric.

In zero-sum games the total benefit to all players in the game, for every combination of strategies, always adds to zero (more informally, a player benefits only at the equal expense of others). Poker exemplifies a zero-sum game (ignoring the possibility of the house’s cut), because one wins exactly the amount one’s opponents lose.

Much more information can be found in the following link, including examples of each of the games. http://en.wikipedia.org/wiki/List_of_games_in_game_theory

While playing the games can teach us much about how players interact in a specific setting, applying those rules and observations in real-life examples can be even more rewarding.  For Project and Program Professionals this can be helpful in many ways.

Here are a few areas that applying the principles and learning of Game Theory can be beneficial:

In the coming posts I will outline specific examples of how game-theory can be specifically helpful to Project & Program Managers as well as PMO Leaders.