Last year, I wrote a blog post about the Next, Big Social Network.  I shared my thoughts on why I thought Facebook would soon be declining in popularity and what I thought the Social Network of the Future would have.  Well, I think it’s finally here, and to no one’s surprise Google has created it.  After all, they botched 4 earlier attempts at it – remember Google Wave or Buzz?  As you’ve probably already discovered in your email box – it’s called Google+ and my early impressions are good.  Here are a reasons why Google+ could become an invaluable tool for Project Managers. 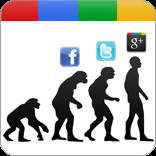 If I were Facebook, I’d be scared.  And, so should Twitter, Skype, and Digg.  It’s still in private Beta, but I think Google+ is very promising.  The only thing that bugs me is that I’m Facebook friends with about 20 people who still aren’t old enough to vote, and not one of them is on Google+.  They are probably too busy with Facebook to bother.

4 thoughts on “Early Impressions of Google+: Be Scared Facebook”