Core competencies are the skills that enable the business to deliver a fundamental customer benefit. It is what causes customers to choose one product over the other. To identify core competencies in a particular company, ask questions such as “why is the customer willing to pay more or less for products or service from one company over another?” The central idea behind core competency is that over time companies may develop key areas of expertise which are distinctive to that company and critical to company’s long-term growth. 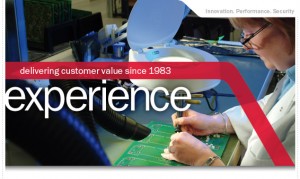 These areas of expertise may be in any area but are most likely to develop in the critical, central areas of the company where the most value is added to its products. For example, for Software Company the key skills may be in the overall simplicity and innovation of the program for users or in the high quality of software code writing.
Core competencies are not considered as being fixed.

Core competencies may change or abandoned in response to changes in the business environment. Sometimes companies are forced to make such changes due to economic environment. One of the software companies I worked for strived for innovation and customer satisfaction. Due to downturn in company business, company dissolved entire software test automation group. You can imagine the impact on quality of products and in turn impact on customer satisfaction.

Many times management of company inadvertently change or choose core competency one over the other. As business reforms and adapts to new circumstances and opportunities, so its core competencies may have to adapt and change. However, companies have to be very careful in doing so. Take an example of Toyota which is considered one of the most efficiently run companies in the world.

Toyota’s global competitive advantage is based on a corporate philosophy known as the Toyota Production System which consists of concepts such as JIT and Kaizen. According to Jeffrey Liker, the author of “The Toyota Way”, the mission of Toyota is to build trust and confidence with customers by delivering outstanding quality products and services which add real value to their businesses.

However, in recent years there has been a number of recalls of multiple models of Toyota including Corolla and Camry which are considered amazingly reliable. How could this possibly happen to the car company that was the undisputed leader in quality? The answer is becoming quite obvious. Toyota seems to have abandoned one of its core competencies – quality. Toyota is suffering from trying to get too big, too fast. Toyota sensed weakness from its auto rivals in the American market, and also noted opportunity in emerging markets such as China and India. So, it started enormous expansion around the world. In doing so, Toyota abandoned one of its core values which is to never build a new product in a new factory with a new workforce.

This is exactly what Toyota ended up doing with its first full-size pickup truck in San Antonio, Texas. The pickup truck was recalled due to a number of problems. The recent recalls expanded with other models as well as in other countries. Toyota’s quality problem has gone global. With abandoning one of its core competencies – quality, Toyota may have won the rights to brag as the world’s biggest car company, however, that appears to have come at a heavy cost to its reputation for quality and in turn customer dissatisfaction.

How could this relate to project management? Project managers need to make sure that their projects and their goals are aligned with organizational values and core competencies. Understanding the importance of competencies and core values, and how they need to work in conjunction, is profoundly important for project manager’s success. Project manager should give thought and efforts towards developing both of these sets of attributes and remain focused on business goals.